After just coming back from a long weekend to Copenhagen with friends I’ve decided to put together my itinerary for things to do and places to eat!

On arriving we checked into the hotel (we stayed at the Square) this was very clean and so central it was the perfect location,

Then naturally as adults the first stop was the Lego shop in Copenhagen!! This is the flagship store in the centre of Copenhagen and here I made myself in Lego form, by choosing my own individual body parts,

I think actually there are some exclusive pieces in this store but I am no expert!

So we started the day walking round Copenhagen site seeing, this is free and there’s plenty to see, we started at Nyhavn which is the canal front you typically see in pictures with the coloured buildings on

Moving on from here we went to Christiania which is described as a ‘free town’ it features lots of coloured buildings, graffiti and stalls selling merchandise, it’s interesting to see but I would warn you not to photograph ‘Pusher Street’ where stalls sell various merchandise…so I’ve attached a few pictures of where you can take photographs

From here we walked to the little mermaid. I will warn you my feet were killing at the end of the day and hop on hop off buses are available!! but it’s definitely walkable! The little mermaid is considered a main attraction and is essentially a mermaid sculpture on a rock which a crowd of people around. Ten minutes away you can spy the little mermaid’s ugly sister or otherwise known as ‘genetically modified mermaid’ with no crowds this is part of a collection of strange sculptures but I quite enjoyed viewing the ugly mermaid which is generally unknown to most people. Just as good as the real thing! I will put the pictures below and let you guess which is the official mermaid and which is the ugly mermaid… 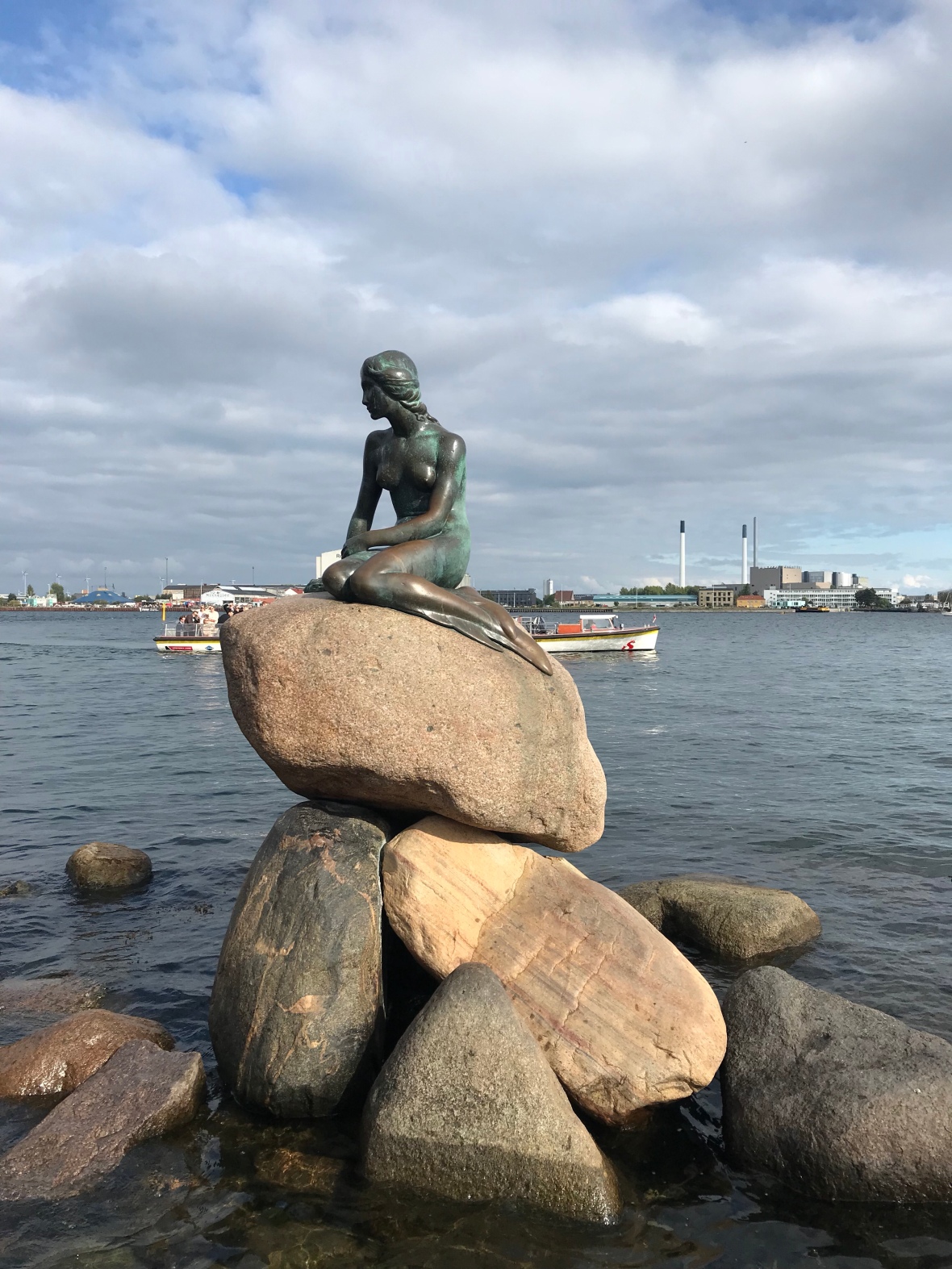 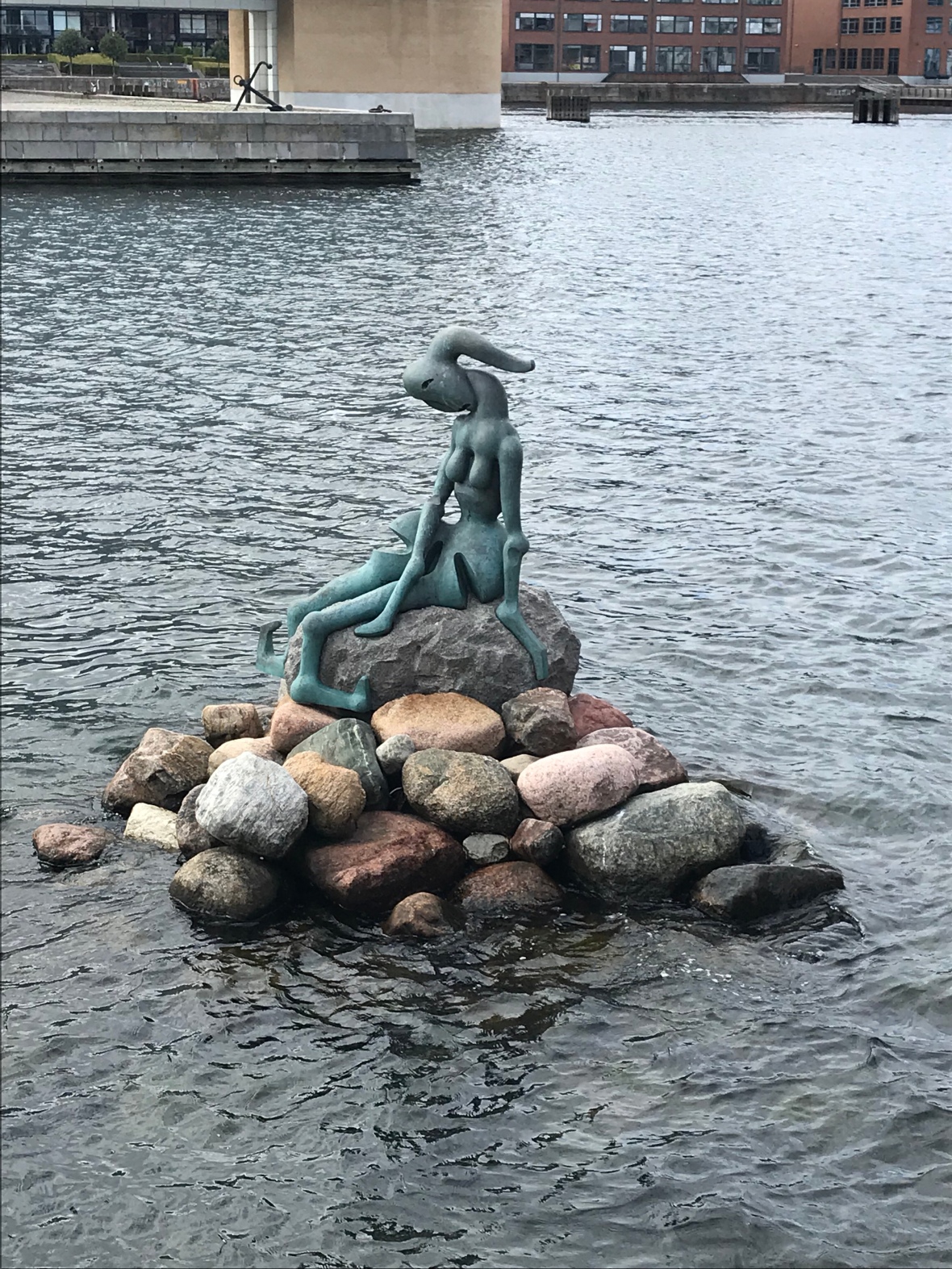 After all the walking we headed to a restaurant, the restaurants seem to be categorised into ‘fast food’ or ‘expensive’ with not much in between which was not as I had expected. We chose max burgers which I would describe as a slightly more expensive McDonald’s with nicer meals, I was concerned if this was similar to five guys and everything is cooked in peanut oil but I asked and found that only palm oil or vegetable is used so suitable for nut allergy suffers. Everyone in Copenhagen speaks excellent English aswell and learns English from such an early age it is very easy to ask the staff I was so surprised by this. The burgers were pretty decent and cheap but this is still a fast food restaurant so I would give this 7/10.

In the evening it was time to head to Tivoli gardens, this is essentially an old theme park and is regarded a main attraction, I envisioned it to be old and tired and had quite low expectations… but I loved this place! In the evening it is lit up and looked beautiful, there was a main stage with music and a fireworks display to end! This features one of the oldest rollercoasters which did not disappoint! Alongside many other rides and food stalls I would really recommend this especially on a Saturday evening for the firework display. I also read rock events are held on some Friday evenings which bands performing on the stage.10/10

Day 3 marked the end of sightseeing and was a day of activities.

We started with the Royal palace which is home to the Crown Jewels. From the outside I was unsure if this would meet the expectations of a palace as it looked a bit small, inside I was really impressive and think it is worth a trip, especially on a rainy day if that is the case for you! The highlight is viewing the Crown Jewels, which is included in the entry and are located in the basement, pictures are permitted and it was interesting, I spent roughly two hours here and would recommend the experience for sure! 8/10 from me! 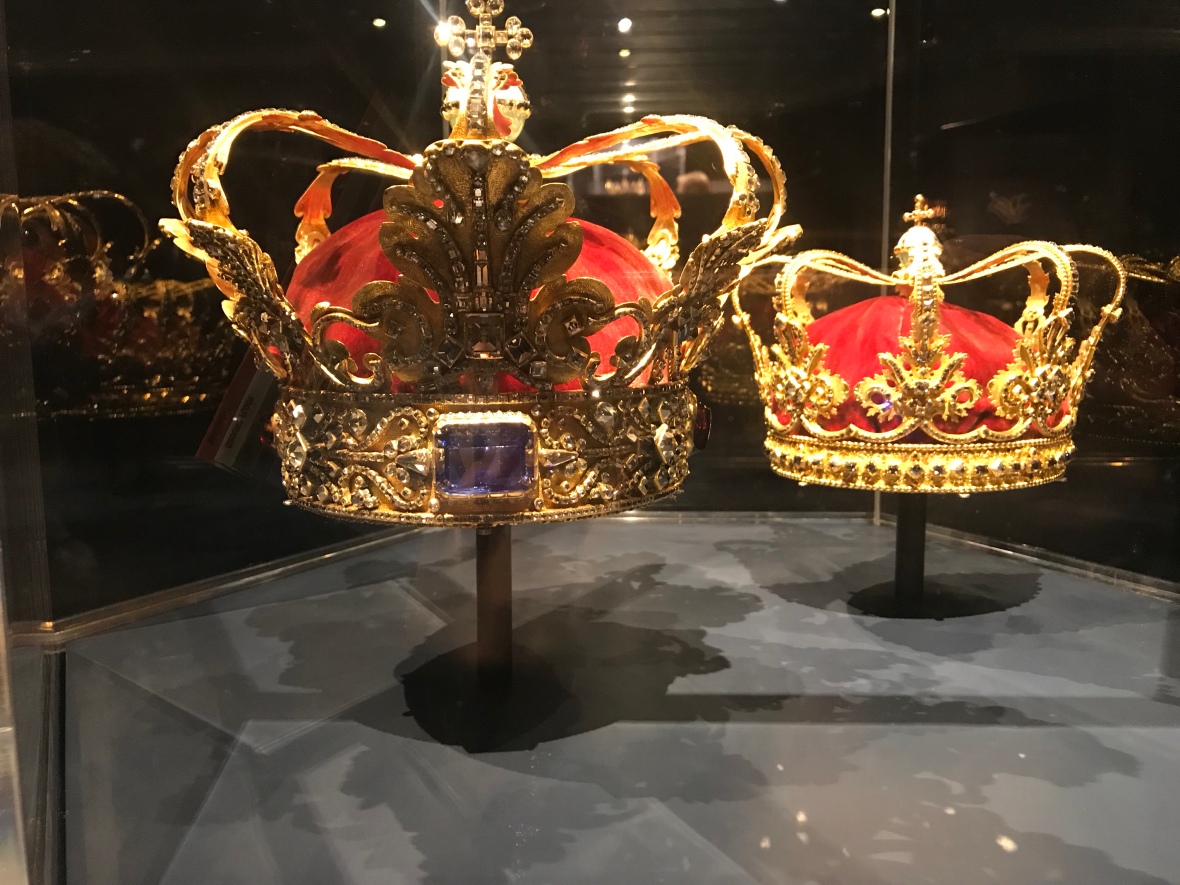 Following the palace I headed to the Visit Carlsberg experience, this is essentially a brewery and a free shuttle is available to and from the attraction from the Town, it runs until 4:30pm and is a large green bus! Overall I did want to do this experience beforehand however it was a lot of reading articles viewing beer bottles and then a free soft drink or pint at the end. I wouldn’t fully recommend as I think there could be improvements here and it was a bit old and tired, ultimately it’s a good rainy day activity though if you are there in bad weather! 6/10 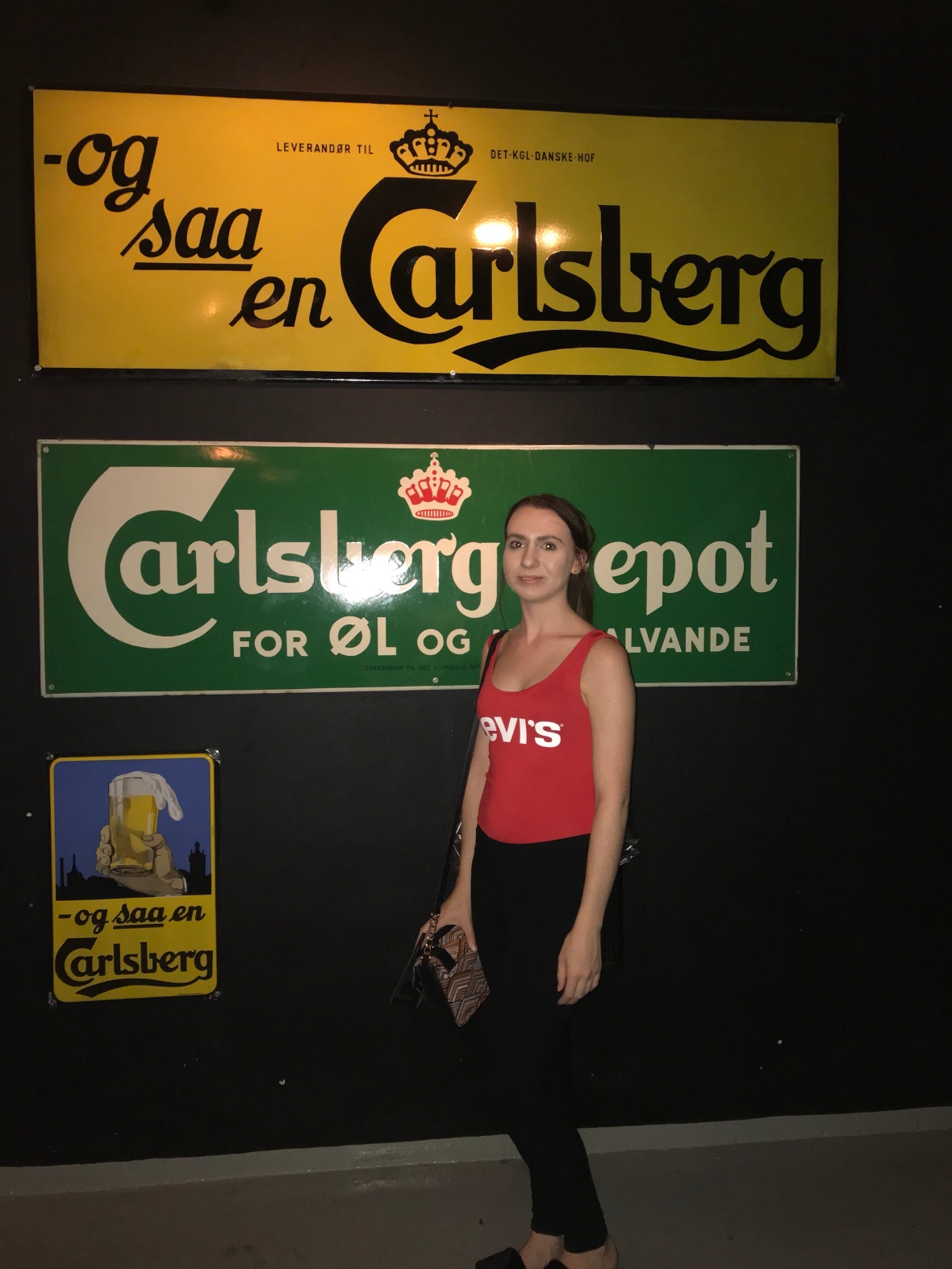 For the evening meal we visited the meat packing district which hosts various restaurants (although beware many are closed on a Sunday) we chose to go to WarPigs Brew pub which I would describe as a hipster restaurant where you order your main at a hatch (like school dinners) and it is put onto a tray (again like school dinners) metal music was playing and there have a large selection of beer in more ways than I could understand. It’s an interesting experience and is a reasonable price too, I ordered a half pound of pork should and I will put below how it looked! I would give this 7/10, definitely a restaurant for anyone that loves meat…they also do vegan mac and cheese however I’m unsure how you would feel eating the vegan option with meat everywhere…

We later headed to a bar for drinks called ‘Katz’ which was very reasonably priced for Copenhagen and also did a happy hour on a Sunday when most places were closed, I found this quite shocking actually as this is something which never happens in London so you will have to bear this in mind!

Sadly day 4 included checking out and going home! Overall I would recommend the trip for sure, but keep in mind the restaurants and drinks are quite expensive! My must see for anyone that does visit would be Tivoli gardens!